The global sea level has been rising over the past century, and the rate has increased in recent decades. Rising sea levels are a result of global warming and have now become a huge cause of concern.

Global climate change (including both the global warming driven by human emissions of greenhouse gases and the resulting large-scale shifts in weather patterns) has already had observable effects on the environment. With rising global temperatures, glaciers have shrunk, and ice on rivers and lakes is breaking up earlier… all of this leading to rising sea levels. 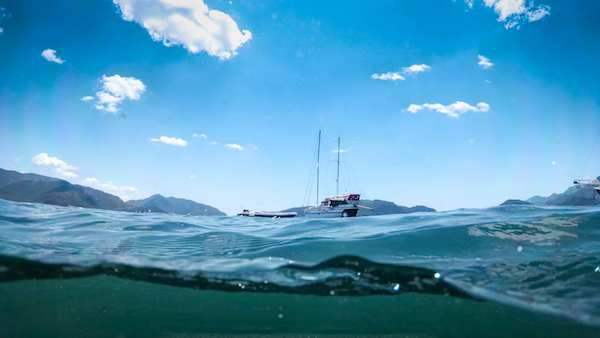 The National Oceanic and Atmospheric Administration (NOAA) revealed that the sea level is rising about one-eighth of an inch per year. They estimated a rise of 1 to 8 feet by 2100. NOAA also stressed the importance of understanding these sea levels. The data obtained from sea level tracking establishes marine boundaries and helps produce nautical charts, promoting safe navigation. The gathered information also aids in restoring coastal habitats and site infrastructure.

Satellites are a major tool for measuring the sea level. With the help of an imaging lens, Earth’s gravitational field is measured at specific locations. With this data, received through satellite imaging, scientists estimate the amount of water added to the ocean as melting ice transfers mass from land to sea.

NOAA has been using satellite imagery to track the sea levels since 1992 as satellites, when equipped with precision imaging lenses, can provide accurate data, which further aids in error-free applications.

NASA’s associate administrator, Thomas Zurbuchen, happily stated that the data collected will help “us understand the many aspects of our planet’s global ocean… Data from Sentinel-6 Michael Freilich will help us evaluate how the Earth is changing.”

NASA also designed Jason-3, a satellite that uses radio waves to measure distances. This satellite bounces radio waves off the ocean surface. It then measures the time that it takes for these signals to return, thereby calculating the distance between the satellite and the ocean’s surface. This powerful satellite is capable of measuring the ocean height over the entire Earth in about ten days.

The accuracy of the data and intricacy of the images is commensurate with the quality of the imaging lens installed within the satellite. Therefore, you must opt for precision, high-resolution lenses to steer clear of ambiguous images and wrong conclusions. We, at Universe Optics, can design custom-made, high-quality lenses as per your need.