Many manufacturing facilities are outdated and inefficient. That’s why so many companies are looking at retooling. Not only have the products changed, but the flow of the facility has become more of a challenge. Manufacturers have to be flexible in order to keep up with production needs.

During WWII, Detroit saw many of its automotive factories retool their facilities in order to build armored vehicles, tanks, amphibious trucks and other war machines. In fact, Detroit was a wartime boomtown. Now these same auto facilities are seeing the need for more change as cars and trucks require different assembly line requirements.

Ford Motor Co is employing 2 robots, which can fetch pictures and videos of a car factory in order to help engineers design upgrades for workspaces. Fluffy, the robotic dog, is controlled by an engineer with a handheld device. Fluffy can travel up to 3 miles per hour for about two hours on its battery. Fluffy can also ride ‘Scouter,’ a small round robot, that can travel through the factory in order to save power. Together the two companions gather data. 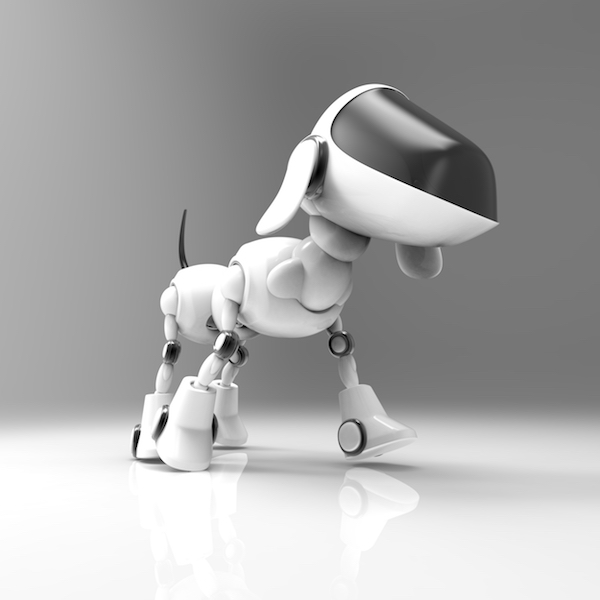 The goal is to help them update the original engineering plans for one of the transmission manufacturing plants. While the plants have undergone a number of changes since their original construction it’s difficult to know if the new retooling plans match up with the plants as they exist today. The robots, with their laser scanning and imaging capabilities, will be able to produce highly detailed and accurate maps that Ford engineers can then use to modernize and retool the facility.

With an accurate camera scan, “we can build those pieces within the workstation, and we can see if there’s any interferences or if everything new is going to fit,” said Mark Goderis, Ford’s advanced manufacturing center digital engineering manager.

There are a few benefits to this approach.

First, they should save a considerable amount of time by eliminating the need to set up and move a laser scanner throughout the facility and manually capture the facility. They also hope to see up to 50% savings in time alone as the robot dogs use up to five cameras as well as laser scanners.  Further, areas of the plant that aren’t necessarily reachable by people will be accessible by the two robots.