The neurons in your brain are those fine, branching tendrils that travel great distances within the human body to form connections with target cells. Researchers have been looking for technology that can trace those connections so they can gain a better understanding of how the brain processes information.

Scientists from the Howard Hughes Medical Institute have recently found a way to trace complete pathways of several neurons in the brain of a mouse. This technology, they believe can be scaled to enable a larger mapping effort in the human brain. 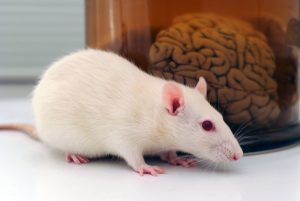 The imaging platform used is a combination of high-speed, high resolution light microscopes

that have been found to efficiently map the neuronal projections cell-by-cell. The information captured is transmitted onto a computer screen for further inspection and study. The microscope will allow researchers to be better able to target, identify and study single neurons. Currently the technology allows for the study of thousands (out of the 70 million) neurons in the mouse brain – a respectable increase over prior technology.

Now that scientists have found a way to map the way different areas of the mouse’s brain connects to one another, they are still seeking ways to understand the cell-to-cell variations. By being able to trace the projection of a percentage of the cells in the brain, the researchers anticipate being able to learn more about the ways in which the nervous system processes information.

The two-photon microscope lets scientists capture an image clearly beneath the surface of the tissue and speed up the imaging rate dramatically. Even with the increased speed, the microscope still takes more than seven days to completely image the mouse’s brain. Software has been developed to automate the process. The neurons are first labeled with a fluorescent dye to make them more visible to the image capture and the brain is scanned in “slices” a process that takes more than a week to complete. The information captured generates tens of terabytes of data.