The agricultural industry is seeing an increase in the use of robots, AI, autonomous and self-driving tractors and other automated equipment. Alongside the increase in growth, the robotic lens industry has grown as well.

Farmers are under societal pressure to reduce pesticide use and are more aware of the environment. But while they are trying to use fewer chemicals, there is still the need to deal with weeds. There is also the problem of herbicide resistance so robotic weed killers with their precision zapping abilities are helping to address this problem.

Robotic weeders are fast becoming a highly desired solution to the problem of maintaining clean crops. Some robots are capable of targeting weeds without the use of chemicals, such as eliminating lettuce seedlings. In other cases, the delivery of chemicals to the weed itself is done with great precision, focusing on the weed, not the crop. 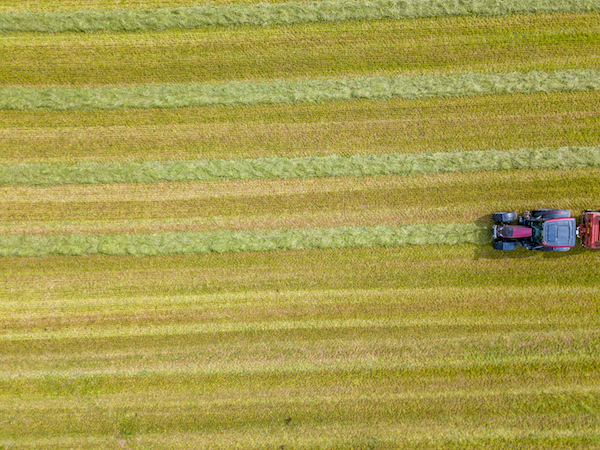 Several companies have developed robotic weeders using precision lenses. Lettuce Bot focused on lettuce thinning which is typically a time-intensive and expensive task. The lettuce bot automated the process by “taking images to identify the plant to be removed, spraying them, and verifying the accuracy and performance of the system, all in real time” says Blue River Technology.

Blue River then came out with updated systems known as See & Spray. This system relies on a massive library of plant and weed images. The machine has the ability to distinguish the differences between crop and weed and then targeting the weed with a microjet of herbicide, rather than a broadcast application, making this form of weed control cost effective and precise.

Another manufacturer created an automated weeder that incorporates mechanical tools to help in weed management. The Robovator is a machine vision system hoeing machine that controls weeds in row crops. Using a special plant-detection camera above each row, the machine tills the soil between the rows along with hoeing between each plant. The Robovator can be adjusted to row spacing from 9 to 30 inches and can handle three- to six-row plantings. Initially machines were primarily used on vegetables but applications and use has expanded.

The growing popularity of robotic weeders for specialty crops has grown partly out of necessity, says Steven Fennimore, an extension specialist at the University of California, Davis. Specialty crops are vegetables like lettuce, broccoli, tomatoes, and onions. Because they are not mass-produced like corn, soybeans, and wheat growers have had to hand-weed which is more and more expensive.

As a manufacturer of robotic weeders, you need the right lens for the project. We have 1000’s of custom and standard lenses in stock or we can design a custom lens solution for your robot.