Parts one and two of «Drones at work» discussed the use of drones in agriculture and surveying, respectively. But did you know that researchers are also using thermal sensor-equipped drones to count animal populations?

Drones are now being used worldwide to monitor migratory birds, map breeding habitats and nesting sites. In conjunction, they are used to monitor critically endangered, endangered, vulnerable and near-threatened species while also helping to deter poachers and other illegal activity. Conservation drones will be used in progressively more diverse ways in wildlife biology as technology and industry continue to advance and regulations relax.

There are now more endangered species than ever before, over 7,000 to be precise. Scientists and researchers are working hard to keep this number from going up, which is why many of them are using drone technology to monitor critical animal populations and aid in wildlife conservation. 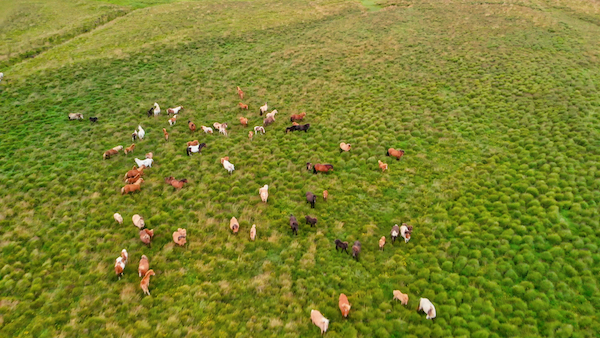 Drone technology is not only more accurate and reliable, but it is also non-invasive, allowing researchers to look at and monitor the animal in its native habitat without disturbing it. Conservationists can focus their efforts on studying endangered wildlife and bringing them back from the brink of extinction by strengthening safety measures and cutting costs using drones.

Traditional techniques of animal population surveying include imprecise aerial imagery and time-consuming, laborious manual surveys. Researchers often have to use binoculars and monoculars or physically walk across the animal’s home and habitat to get an accurate number. These surveying methods are highly dependent on weather conditions and animal behavior, making it extremely difficult to get a precise count.

The use of drone technology eliminates the need for helicopter imagery.

Helicopter imagery is pretty much identical to drone imagery but far more challenging to get. Helicopters typically fly at low altitudes, and photos are captured at high speeds as biologists peer out the window to observe and take notes. It is worth noting that aviation accidents are also the leading cause of mortality for biologists conducting wildlife research or management.

Aside from the safety concerns raised by helicopter imagery, there are also cost concerns. While the hourly charter rate for a small two-seat helicopter can range between $250 and $500, a drone and its accompanying software will set you back roughly $5,000-$7,000 for the entirety of the project. Furthermore, now that you own the drone equipment, you can easily re-fly missions and examine data.

The preservation of the animal’s natural habitat without any human interference is arguably the most important benefit of using drones in counting animal populations.

Before the widespread use of drone technology, Alaskan researchers would study fur seal populations in Bogoslof Island with a technique called “mark and recapture.” This involved removing a tiny patch of hair from the top of some of the pups’ heads using a pair of shears/scissors. However, similar to traditional wildlife tracking methods where animals are sedated and fitted with GPS and VHF tracking collars, the seals often woke up frightened or wary, affecting their usual behavior. Using drones is a less intrusive way to get reliable tracking and monitoring results.

Counting particularly large or infamously hostile animals like hippopotamus is also much safer from the air. In fact, the University of New South Wales “UNSW” Sydney discovered that drone use was at least 10% more effective than land surveys.

Conservationists are often seen employing thermal imaging equipment to monitor wildlife in inaccessible regions. This technology can detect heat signals that allow an animal to be distinguished from its surroundings. In a 2019 study comparing koala counts, the Queensland University of Technology (QUT) found that manual spotters detected 70% of the koalas in a given area, whereas drones spotted 86%.

A drone equipped with high-definition lenses can provide a detailed map of an animal’s habitat, allowing wildlife researchers to easily monitor and increase endangered species populations year after year. Consult with the engineers at Universe Optics to learn more about custom designed lenses for drones and other applications.